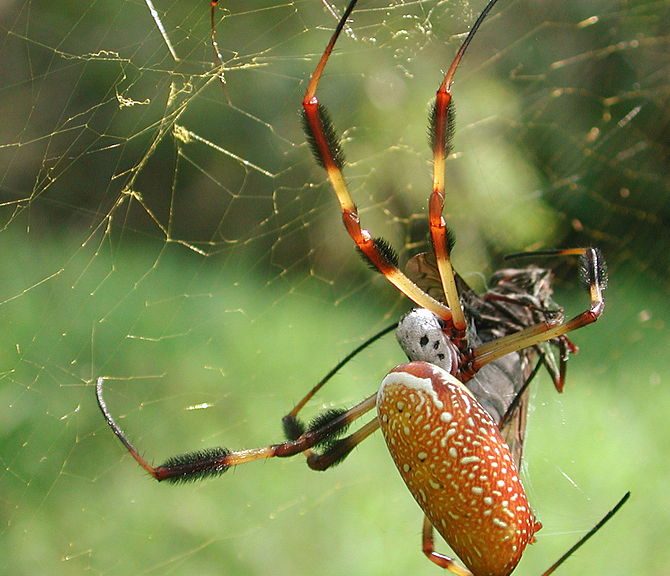 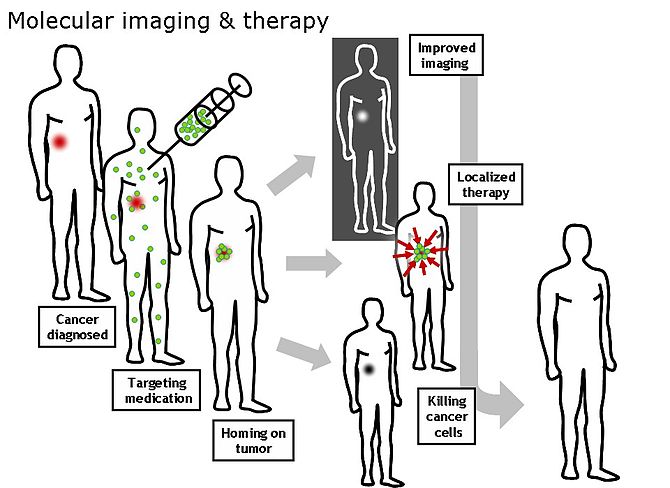 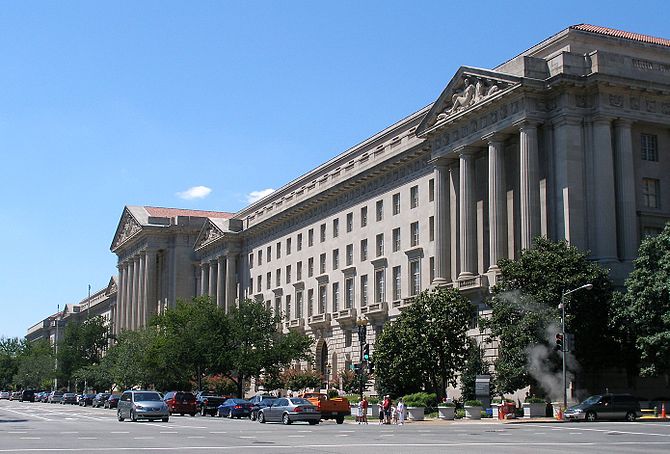 A recent Google alert served up links to articles on several new developments in progress in the world of stem cell research. In addition to discussion of funding for using stem cells to grow “clean meat,”  recent work Happily, there seems to be no end to the number of areas in which humankind will at least seek solutions, if not actually develop workable applications, using this magical tool straight from nature.

Healing with stem cells (Abilene Recorder Chronicle). …”stem cell therapy ‘pennies on the dollar’ when it comes to treatment. ‘Healing is the returning the individual into function and Trinity’s research is focused … ‘Stem cells are light switches to the inflammatory process.

How men continually produce sperm — and how that discovery could help treat infertility (Science Daily). “This advance, the researchers write, opens the possibility that spermatogonial stem cell transplants could be developed to treat male infertility,..”

Kidneys grown in rats could pave way for human transplant options (The Japan Times). The research, published Wednesday in the Nature Communications journal, … The researchers found that the mice stem cells produced apparently

A new pacemaker, designed without battery or wires, is implanted directly into the heart and gets its energy wirelessly from radio frequency radiation transmitted by an external battery pack. It can also control electrical signals to all four chambers of the heart. The prototype, developed by researchers from Rice University and others, was presented at the recent Texas Heart Institute (THI) at the IEEE’s International Microwave Symposium (IMS) in Honolulu. The wireless transmitter can be up to a few centimeters away.

Traditional pacemakers use electrical signals to keep the heart beating steadily, but they are planted in the upper side chest so that doctors can access them easily to replace the onboard batteries with minor surgery. The signals transmit to the heart via wires called leads, which are known sometimes to lead to bleeding or infection.

This new pacemaker can even act as a defibrillator when needed. Worked flawlessly on a pig.

It’s sure got a lot going for it. Only thing we worry about is: Even if the external transmitter is very small, how’s the patient going to keep it always within the required distance without wearing some kind of external pack – something that could be way too easy to damage or lose?

Scientists at the John Innes Centre in UK have found a way to get broccoli to grow more quickly without having to undergo a period of cold before flowering. They call is “seasonless broccoli” and hope to extend the biotech discovery to other flowering vegetables like cauliflower.

The discovery potentially doubles the yield that farmers can grow in a season. That is, they can get two full crops harvested in a single season instead of one. Also, if the broccoli is grown in protected conditions, they may be able to get up to 4 or 5 yields in a single year.

Flowering vegetables like broccoli normally require a period of cold weather before they will begin to flower and so are vulnerable to unreliable winter temperatures – this year of inordinately warm winter weather is an extreme example. According to an article in Science Magazine online, “Recent adverse weather in Murcia, Spain led to a shortage of courgettes, iceberg lettuce and broccoli.” The hope is that the new approach will help the world continue to grow enough food in spite of dramatic changes in weather patterns brought on by the rising temperature of Earth.

The British have traditionally been able to grow only 23% of the vegetables they need, and global warming is threatening even that. Good to know that science is focusing on practical solutions now. So much yet to be done.

Osteomyelitis is a debilitating bone infection that can result when MRSA invades bone tissue following surgery. Now a team of scientists at University of Missouri led by Elizabeth Loboa, Dean of UM’s College of Engineering, has created silver-coated scaffolds that are seeded with fat-derived stem cells that can be triggered to create bone. The silver ions stave off MRSA while generating new bone.

Take a look at the video describing this revolutionary study here. More about this exciting discovery can be found at the University of Missouri website here.

Imagine: the end of antibiotics in sight. Here’s more from a brilliant TED talk on healing with a cell instead of a pill.

The news is full of stories about stem cells performing near-miraculous healings – miraculous in that they take advantage of the body’s own powerful abilities to heal itself.  Now here’s another amazing development: technology for isolating and spraying a mist of one’s own stem cells onto burns – even second-degree burns – to heal them quickly and with little or no scarring.

A German company called RenovaCare (www.renovacareinc.com) has patented and is further developing its so-called CellMist™ and SkinGun™ technologies  The  company estimates the possible market for this technology at more than $45 billion, which includes a broad range of potential applications for conditions such as burns, chronic wounds, and skin disorders like vitiligo as well as for various cosmetic applications.
Learn more about this unique biotechnology in this behind-the-scenes video of the technology and before-and-after images of a patient’s recovery. The stem cell good news just keeps coming.

They’re not quite ready to call it a cure, according to Dr. Susan Goodin of the Big Ten Cancer Research Consortium. But researchers are very excited about the number of seemingly complete and relatively long-lived remissions they’re seeing in certain kinds of cancers using this new immunotherapy. Used alone and sometimes in combination with other drugs or modalities, the drugs are forcing a certain percentage of melanomas and smoking-induced lung cancers to yield. Read more about how Johns Hopkins is moving ahead with anti-PD-1 research.

This is revolutionary thinking about a new way to tap into the astounding power of our own immune system to fight cancer. It doesn’t yet work consistently with all cancers or for all patients, according to Dr. Jeffrey Sosman of Robert H. Lurie Comprehensive Cancer Center of Northwestern University. A lot more research is needed on how to identify who can benefit and how to translate the principle into drugs for other types of cancers. But its effects can be near-miraculous for some – in one such instance, 91-year-old President Jimmy Carter’s brain tumors disappeared.

Here’s Boston’s Dana-Farber Cancer Center’s quick-and-dirty cartoon video about how the anti-PD-1 drug hooks up with the PD-L1 expression on the cancer cell (antigen).

Cost is said to be staggering for these new drugs. But according to Dr. Sosman, the cost has nothing to do with the science involved. It’s more a function of what the market will bear. And he said there are ways to get the drugs for patients who desperately need them but can’t afford them.

More dramatic progress in learning how to work with nature rather than against it.

Regardless of how you feel about texting as a main source of communication between people, you may be glad to learn that that method of reaching out to people with diabetes can significantly improve several aspects of self-care.

The tests so far have involved thousands of subjects, and researchers are planning an even bigger study – 1 million people in India where diabetes is even more rampant than in the U.S. So far the results are impressive – participants in the daily  messaging programs get friendly, not pushy, reminders to take medicine, check their glucose, eat salads, avoid too much bread/rice, etc. And the programs are making a real difference. Read more about text messaging apps for diabetics on Philly.com.

Recently attended a 14-week course based on the book Being Mortal. In it we examined in detail all aspects of end-of-life scenarios, including the right to choose the timing of one’s own death.. It was a sobering look at how our health care system conspires to wrest from us the right to make independent choices for ourselves. In the U.S. we commit tremendous resources to extending life but pay comparatively little attention  to  planning and care that honors patients’ end-of-life wishes. As a result, too many people suffer unnecessary treatments and end up spending their final moments in hospitals instead of at home. A rising chorus of experts and authors say this needs to change.

The Center for Health Journalism will host a webinar on Thursday, Sept. 29, at 10 a.m. PT / 1 p.m. ET that will give an overview of the problem, discuss how changes to our health care system could help, and offer insights on how journalists might spur more conversations on how we approach death in America.
The panel will feature Prof. Leonard Schaeffer, the Judge Robert Maclay Widney chair and professor at the University of Southern California. Previously, Schaeffer served as the founding chairman and CEO of WellPoint (now Anthem), one of the nation’s largest health insurance companies. He’ll be joined by Ann Neumann, author of “The Good Death: An Exploration of Dying in America” (2016) and a visiting scholar at The Center for Religion and Media at New York University.
For more information and to register, click here.

They met last weekend in Indianapolis – twelve of the traditional Big Ten (actually 14) universities with active #cancer centers. The group calls itself Big Ten Cancer Research Consortium (BTCRC), and they are serious about combining their research data and working together to speed progress against cancer in all its guises.

Cancer cells fool the human immune system into not recognizing them as invaders. Dramatic research breakthroughs in immunotherapy are mapping out how to cut through that shield and let the immune system do its job.  Congratulations, members of the BTCRC. We can’t wait to hear more about how your collaboration is changing the game for cancer patients around the world.